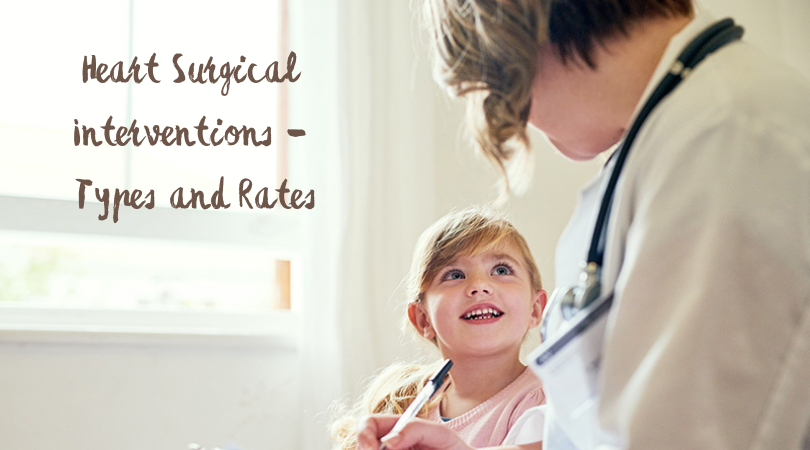 Today, all interventions for congenital heart defects can be divided into three categories: “closed”, “open” and “X-ray surgical”.

Open surgeries are surgical interventions in which it is necessary to open the cavities of the heart in order to eliminate the existing defect. For this, a special apparatus is used – a heart-lung machine (ALM). During the operation, both the heart and the lungs are turned off from the circulation, and the surgeon is able to perform any operation on the so-called “dry”, arrested heart.

All the venous blood is sent to the apparatus, where, passing through an oxygenator (artificial lung), it is saturated with oxygen and gives off carbon dioxide, turning into arterial. Then arterial blood is pumped into the patient’s aorta, i.e. into the systemic circulation. Modern technologies allow all internal parts of the apparatus (including the oxygenator) to be made “disposable”, i.e. use them only once and only for one patient. This drastically reduces the number of possible complications.

X-ray surgical operations have appeared relatively recently, but, thanks to the incredible progress of modern technologies, they have already taken a worthy place in the arsenal of cardiac surgery. Today, doctors increasingly use thin catheters, at the ends of which are set balloons, patches or expanding tubes. With the help of a catheter, these devices are passed into the heart cavity, or into the lumen of the vessel, and then, expanding the balloon, the narrowed valve is ruptured by pressure, the septum defect is enlarged or created, or, on the contrary, by opening the umbrella patch, this defect is closed. The tubes are inserted into the lumen of the desired vessel and create a wider lumen. In adults, they even try to pass an artificial aortic valve through the catheter in this way, but this is still only an attempt.

Doctors monitor the progress of the X-ray surgery on the screen and clearly control all manipulations with the probe, and therefore the advantage of such operations is not only less trauma, but also high safety and efficiency. X-ray surgery has not yet supplanted traditional surgical methods, but it is taking an increasing place both as an independent method and as an “auxiliary” one, i.e. which can be applied not instead of, but together with the usual operation, sometimes simplifying and supplementing it in many ways.

Depending on the type of defect and the state of the child, surgical operations can be urgent, urgent and elective, i.e. planned.

Emergency heart surgeries are those that need to be done immediately after the diagnosis is made, because any delay threatens the life of the child. With congenital defects, such situations are not uncommon, especially when it comes to newborns. Some clinics hold such operations charged. In this case, parents have to search for extra funds fast. Some of them take loans online. Before submitting an application, they may get acquainted with cash now offer reviews. All the details are taken from the official resources of every financial compny described. You will find common info, pros and cons, terms and rates if defined, working hours, etc. You will get a trustworthy and as detailed info as possible.

Emergency operations are those for which there is no such insane urgency. The operation does not need to be done this minute, but you can safely wait a few days, prepare both you and the child, but it must be done urgently, because then it may be too late.

A planned, or elective, surgery is an intervention performed at a time chosen by you and the surgeons, when the child’s state does not inspire fear, but the operation, nevertheless, should not be postponed.

Depending on the approach to surgical treatment, radical and palliative operations are distinguished.

Radical heart surgery is a correction that completely removes the defect. It can be done with patent ductus arteriosus, septal defects, complete transposition of great vessels, abnormal drainage of the pulmonary veins, atrioventricular communication, and some other defects in which the parts of the heart are fully formed, and the surgeon has the opportunity to completely separate the circles of blood circulation while maintaining normal anatomical relationships. The atria will connect to their ventricles through correctly positioned valves, and the corresponding great vessels will branch out from the ventricles.

Palliative heart surgery is an auxiliary, “relieving” one, aimed at normalizing or improving blood circulation and preparing the vascular bed for radical correction. Palliative operations do not eliminate the disease itself, but significantly improve the condition of the child. For some very complex defects, which until very recently were generally inoperable, the child will have one, and sometimes two, palliative operations before the final radical stage can be performed.

During palliative surgery, another “defect” is surgically created, which the child initially does not have, but due to which the circulatory pathways disturbed by the defect in the large and small circles change. This includes the surgical expansion of the atrial septal defect, all variants of intervascular anastomoses – i.e. additional shunts, messages between circles. Fontaine’s operation is the most “radical” of all such methods, after which a person lives without a right ventricle at all. In some of the most complex defects, the heart cannot be anatomically corrected, and surgical treatment aimed at correcting blood flow can be called “final” palliative correction, but not radical surgery.

The rates for surgical interventions